hey welcoem to my webpage, this is mostly for my final project, but i might as well have fun with it. this website for now will be about a book we read in class its called October Sky! :D October Sky is about a group of boys called The Rocket Boys who are led by Homer Hickam to start making miniture rocketships so they can be like their idol Wernher Von Braun. They are determined to improve and make their mini-rockets greater so they can get the respect of their peers and their inspirations and all that stuff. :)

A picture of Wernher Von Braun: 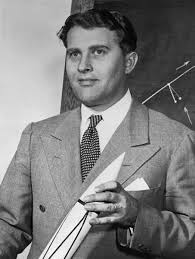 The BCMA (also known as the Big Creek Missle Agency) was formed somewhere around 1957. The agency was formed with the help of Sonny Hickam, Quentin Wilson, Roy Lee Cooke, Sherman Siers, Jimmy "O'Dell" Carroll, and Billy Rose. Together they shot off a plethora of rockets, most of which didn't go too high. However some rockets were successful and went really high in the sky with a crowd cheering for the boys. Although it techincally wasn't an official agency, but for a small effort by a group of teenagers, it was a pretty successful effort. :)

theres this twitter thing people are using now so now i made one! :)!